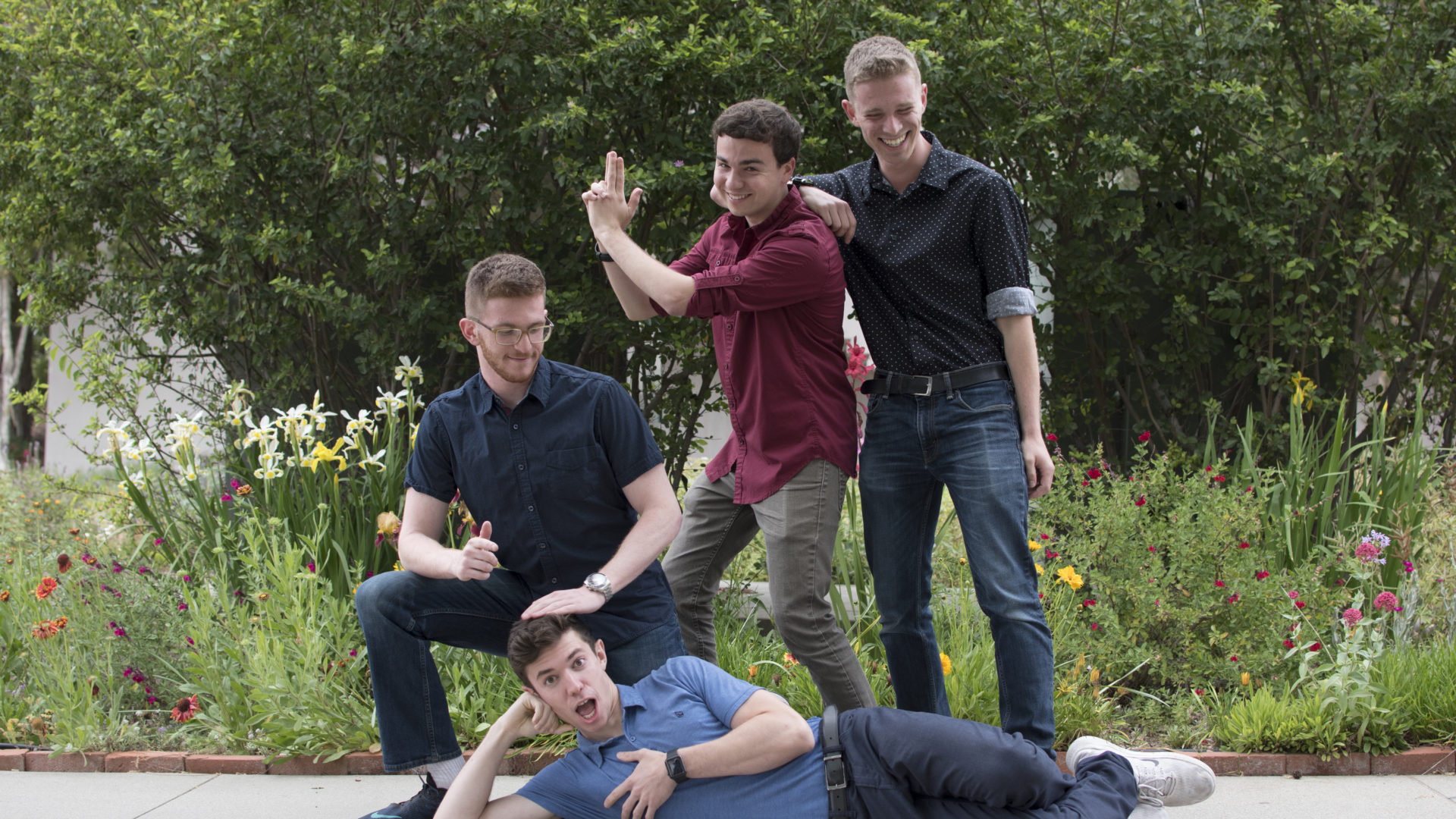 Simple Harmonic Motion’s four members each have their own distinct background, which helps create a well-rounded, flexible group well suited to your event. All members are undergraduate students at Cal Poly State University in San Luis Obispo, CA.

Justin Privitera (Tenor) is a Computer Science and Mathematics double major. Somehow, he still manages to find time to rehearse with the rest of the group. Born and raised in San Mateo, CA, Justin leads the group’s rehearsals and draws upon his extensive library of barbershop music to bring forward songs for Simple Harmonic Motion to sing.

Dylan Moreland (Lead) is an Industrial Engineering major. Having grown up in Mountain View, CA, Dylan acts as the webmaster, social media manager, and booking agent for the group. When he’s not singing with his friends, Dylan is often found working behind the scenes in theatrical venues, orchestrating lighting and audio production to create a spectacular performance.

Jacob Siderman (Baritone) is a Physics major from Marin, CA, specializing in quantum physics. Although he was hospitalized for several weeks after a severe bike accident in July 2018, Jacob somehow found the time and strength to continue rehearsing with Simple Harmonic Motion after just four weeks of recovery. Jacob is also a committed member of the Pi Kappa Phi social fraternity.

Joey Lombardi (Bass) is a Business major from Folsom, CA. Full of positivity and innocent joy, Joey brings the fun to the group while also giving the rest of the group a musical footing to stand on with his fantastic range and power below the staff.